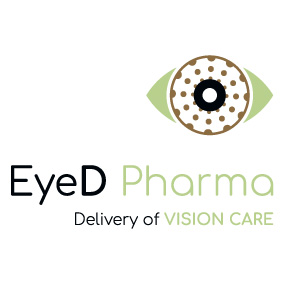 Fund+, Qbic and a number of respected Belgian entrepreneurs have placed their trust in EyeD Pharma, a Liège-based pharmaceutical company. Its exceptional fundraising of €28 million will enable progress in the development and production of innovative therapeutic solutions in ophthalmology, particularly for the treatment of glaucoma.

Liège, 20 May 2019 – EyeD Pharma was created in 2012 on the initiative of Professor Jean-Marie Rakic (Head of the Ophthalmology Department at Liège University Hospital, CHU), together with a group of other ophthalmologists and a few private investors. Currently, the company is developing an innovative drug delivery system based on a controlled-release intraocular implant.

EyeD Pharma is initially focusing on the treatment of glaucoma, an eye disease that mainly affects people over the age of 45. Traditionally, glaucoma is treated by administering eye drops every day for the rest of the patient’s life. This drug treatment is very burdensome and causes local side effects, such as eye irritation. If the patient is not treated or is inconsistent in taking the treatment, glaucoma is accompanied by irreversible degeneration of the optic nerve, resulting in loss of vision (second biggest cause of blindness in developed countries).

EyeD Pharma’s intraocular implant will allow the release of a precise amount of medication every day for 3 years. This controlled release will treat patients in a way that avoids local side effects and ensures that vision is preserved while significantly improving quality of life. This medical device is placed in the eye during a straightforward and quick surgical intervention comparable to that for cataracts.

In this connection, EyeD Pharma offers unique expertise enabling it to develop and produce innovative implants that are very small (thickness of less than 1/3 of a mm) and capable of delivering a few nanograms of medication per day in an entirely controlled and stable manner over several years. This technology is not only essential for the intraocular treatment of a disease such as glaucoma, but it also paves the way for different applications for other eye conditions.

An exclusively Belgian shareholder structure to support this promising project
When EyeD Pharma was established, the capital was contributed by the founders, including the Foidart family, as well as a group of ophthalmologists. They were joined by other private investors and by Noshaq (formerly Meusinvest) in two successive capital increases in 2016 and 2018 that took the company’s capital to €5.1 million.

EyeD Pharma completed a new financing round in May 2019 totalling just over €28 million, including a capital increase of €8.2 million.

Fund+, the largest Belgian life sciences fund, took the lead in this financing round. It was joined by the Qbic II fund, one of the largest inter-university spin-off funds in Europe, some wealthy Belgian families and well-known entrepreneurs such as Gilles Samyn, François Blondel and Denis Knoops, already a director of EyeD Pharma since 2018.

In addition to the capital, over 90% of which remains in private hands, EyeD Pharma has been able to secure non-dilutive financing from the Walloon region’s Directorate General for Economy, Employment and Research (DG06), and through bank loans totalling €20 million. We note the very important role of DG06, which enables innovative companies such as EyeD Pharma to significantly raise their level of ambition thanks to the various types of support provided.

In order to boost its financial resources, EyeD Pharma has, since 2018, also been engaged in the commercial distribution of ophthalmic surgery equipment.

An ambitious project that creates jobs
According to Melanie Mestdagt, CEO of EyeD Pharma: “This financing round is another important step that will allow us to move forward in the development and production of the various implants, with the commencement of the clinical phase for our most advanced project scheduled for 2020. We will also continue to expand our team. There is significant growth in all areas. In December 2016, there were four of us. Since January 2017, we have hired an average of one new employee every month. In June, we will have a team of 36 people, supervised by a management team that is highly experienced in the development of pharmaceutical products.”

Chris Buyse, Managing Partner of Fund+, is pleased to welcome EyeD Pharma into its portfolio of investee companies: “EyeD Pharma represents a new opportunity for Fund+ that is both highly
innovative, meeting a genuine medical need, and that also has a clear societal impact for the Liège region, Belgium and beyond.”

Denis Knoops, director of EyeD Pharma, adds: “It has been an honour to help the EyeD Pharma team identify, search for and find investors to participate in this fundraising.”