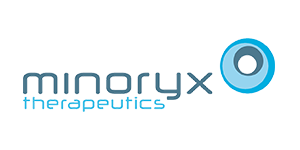 Funds will support the marketing authorization review process for male patients with AMN and launch preparations in Europe, as well as activities required for US approval pathway

The Series C round was co-led by Columbus Venture Partners and Caixa Capital Risc, and strongly supported by CDTI Innvierte, Fund+, Ysios Capital and other current investors

Minoryx will use the funding to finance the marketing authorization application (MAA) and launch preparations of its drug candidate leriglitazone for adult male X-ALD patients with adrenomyeloneuropathy (AMN) in the EU. Minoryx will also use the funds towards the approval of leriglitazone in the US for the same indication. The company is currently holding discussions with the FDA to define the next steps for its US approval path. Finally, the proceeds will support the continuation of leriglitazone’s development in pediatric patients with cerebral ALD (cALD) as well as label expansion into women affected by X-ALD.

X-ALD is an orphan, inherited neurodegenerative disease. The most common form is AMN, which is a highly debilitating chronic disease affecting male and female X-ALD patients reaching adulthood. There is currently no approved treatment for AMN patients. In male patients, both pediatric and adult, X-ALD can also manifest in its acute cerebral form, cALD, resulting in aggressive brain inflammation, leading to permanent disability and death within 2-4 years. The global incidence of X-ALD is approximately 6.2/100,000 live births. AMN and cALD are the two most common phenotypes.

“Minoryx’s Series C investment round will enable us to move forward at full speed towards the approval and commercialization of leriglitazone in X-ALD, a devastating orphan disease with a major unmet medical need,” said Marc Martinell, CEO, Minoryx. “These funds will also enable Minoryx to proceed towards US approval based on FDA guidance and investigate the benefits of leriglitazone in further X-ALD patient populations.”

“We are impressed by the clinical data showing the potential of leriglitazone to treat both AMN and cALD,” said Damià Tormo, Managing Director and Co-Founder of Columbus Venture Partners. “We are eager to support the development of what could be the first approved treatment for the most prevalent form of X-ALD.”

“We believe leriglitazone could dramatically impact the outcomes for patients and their families that are suffering from such a devastating disease,” said Pablo Cironi, director of Life Science Investment Funds at Caixa Capital Risc. “We are happy to continue to support Minoryx’s team throughout its development process and commercialization efforts.”

Leriglitazone has been granted orphan drug status from the FDA and the EMA and fast track and rare pediatric disease designation from the FDA for the treatment of X-ALD.

Minoryx is a clinical stage biotech company focusing on the development of novel therapies for orphan CNS diseases with high unmet medical needs. The company’s lead program, leriglitazone (MIN-102), a novel, brain penetrant and selective PPARγ agonist, is being developed in X-linked Adrenoleukodystrophy (X-ALD) and other CNS diseases such as Friedreich’s ataxia. The company is backed by a syndicate of experienced investors, which includes Columbus Venture Partners, CDTI Innvierte, Caixa Capital Risc, Fund+, Ysios Capital, Roche Venture Fund, Kurma Partners, Chiesi Ventures, S.R.I.W, Idinvest Partners / Eurazeo, SFPI-FPIM, HealthEquity and Sambrinvest, and has support from a network of other organizations. Minoryx was founded in 2011, is headquartered in Spain with Belgian facilities and has so far raised more than €110 million.

X-ALD (X-linked adrenoleukodystrophy) is an orphan neurodegenerative disease. The global incidence of X-ALD is approximately 6.2/100,000 live births and AMN and cALD are the two most common phenotypes. AMN affects all patients reaching adulthood and is characterized by progressive spastic paraparesis, sensory dysfunction and incontinence. This form progresses chronically with onset of symptoms typically in adulthood, affecting both men and women and has poor prognosis. cALD typically affects boys with an age of onset between 4-8 years, but recent literature indicates that up to 60% of adult AMN patients will also develop cALD. Untreated cALD patients progress quickly with severe neurological impairment, often leading to permanent disability and death within 2-4 years. There is currently no approved treatment available for AMN. The only available treatments for cALD are based on hematopoietic stem cell transplantation (HSCT). However, HSCT is an aggressive procedure, it cannot be used in AMN patients with advanced myelopathy and in pediatric patients there is no evidence that it prevents them from progressing to AMN later in their lives.