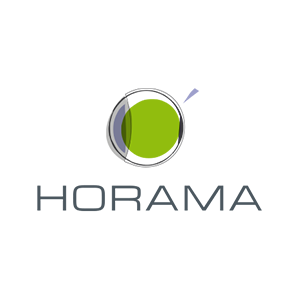 Paris, France, May 4, 2020 ‐ HORAMA, a clinical stage gene therapy company in ophthalmology, today
announced the appointment of Dr. Ian Catchpole as its Chief Scientific Officer. Ian will draw on his 25‐
plus years of experience in drug discovery and development to oversee Horama’s scientific
operations.

Ian has worked for over 25 years at GlaxoSmithKline (GSK) and its legacy companies, where he built an
excellent reputation as both project initiator and leader, successfully attracting support and funding for
many projects, taken from inception to early clinical/GMP development. At GSK, Ian also managed
scientific, business and strategic operations of many programs, through partnerships with academic
institutions and biotech collaborators. He has extensive knowledge in a wide range of areas, including
ophthalmology, cell and gene therapy, vaccination and immuno‐oncology. Ian is author of over 40
scientific articles and inventor on 17 patents. He is a Fellow of Royal Society of Biology (FRSB) and was
an Inaugural GSK Fellow.

«We are delighted to announce Ian’s appointment as our Chief Scientific Officer. The depth of his
knowledge of gene therapy and his experience in bringing novel biopharmaceutical approaches to
clinical ophthalmology will be great assets to Horama. We look forward to working with him toward
bringing our gene therapy products to ophthalmic patients,” said Christine Placet, CEO of Horama.

“I am honored to serve as Horama’s Chief Scientific Officer and I look forward to helping consolidate
the company’s gene therapy leadership in ophthalmology, to advance our pipeline of clinical programs
and to deliver best‐in‐class therapies for inherited retinal dystrophies,” said Ian Catchpole, CSO of
Horama.

Before joining Horama, Ian worked as a consultant in ophthalmology, biopharmaceuticals, cell and gene
therapy, immuno‐oncology, novel therapeutics and drug discovery/delivery. He was previously Director
of Research at TC Biopharm.

Prior to leaving GSK, Ian worked as a “Cell and Gene Therapy Discovery” Translational Leader. He was
named a GSK Fellow in 2016 for his contributions to the company. He was previously program leader
for both the sustained‐release anti‐VEGF for wet AMD and the anti‐beta‐amyloid Ab program ‐ taken
to the clinic for Geographic Atrophy ‐ within GSK Ophthalmology. Ian also worked with AAV delivery of
complement factors to the eye for dry AMD during GSK’s collaboration with Jim Wilson’s group. Ian
won two scientific excellence awards for his contributions to ophthalmology and the delivery of
Biopharms. Ian also led the Alternative Delivery Program of the Biopharm Vaccine Technology initiative
at GSK where he helped secure over £1 million in total funding. Ian also worked for the Gene Therapy
Group in the late 1990’s at Glaxo Wellcome. He joined the Glaxo Transgenic Group in 1993, after postdoc
research at the Karolinska Institute in Sweden on embryonic stem cells and HSV‐2 at Bristol
University, UK.

Dr. Ian Catchpole has a D. Phil in Molecular Biology and received a B.A.(Hons) in Biochemistry from
Oxford University.

Gene therapy market (source: FiorMarkets and Grand View Research, Inc)
Gene therapy is being developed with an aim to treat rare conditions with limited or no treatment
options. Genetic disorders occur due to gene mutations, which can result in incorrect protein
synthesis. Gene therapy is used to introduce a healthy gene into cells to allow the synthesis of a
functional protein. Growing awareness and acceptance of gene therapy for various disease
treatments are favouring market growth. The global gene therapy market is estimated to reach $5.5
billion by 2026, while the global ophthalmology market is projected to grow to $43 billion by 2026
(April 2019 report issued by Grand View Research, Inc.).

About HORAMA
At HORAMA, we believe in gene therapy to treat a broad range of inherited disorders. Our focus is
on Inherited Retinal Dystrophies with our lead clinical program targeting patients with PDE6B gene
mutations, a condition which leads to progressive vision loss in children and adults ultimately
leading to legal blindness. Our team is pushing the boundaries of gene therapy by advancing next
generation delivery platforms that will improve effectiveness and coverage of gene transfer to
address multiple diseases. For more information, please go to: www.horama.fr.